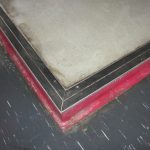 An asbestos survey in Bury is crucial for health and safety compliance. The industrial age saw a rise in the popularity and use of asbestos. The mineral had several unique properties that made it a multi-purpose raw material in various industries. Commercialisation of asbestos occurred in the late 1800s when the industrial revolution began. Large scale production of the mineral followed to sustain the huge demand. Women and children also joined the production workforce as the mineral became a valuable commodity. However, as the mining of asbestos became rampant so did its ill health effects. Miners, refiners and those who worked with the mineral developed health problems that raised international concern. Complaints came from around the world and numerous studies were carried. By 1935, a probable causal relationship was established between asbestos and lung cancer. Less than a decade later, the National Cancer Institute confirmed asbestos as a cause of lung cancer.

Considering the construction history in Bury, an asbestos survey is necessary before refurbishing, demolishing or moving into an old building. Asbestos was used in almost every commercial and public building constructed before the 1980s. It was the miracle material of the building industry. Owing to its strength, the mineral was added to concrete, vinyl materials and asphalt. Moreover, its heat-resistant qualities made for a perfect thermal insulator. Asbestos was also used in acoustical plaster. Unfortunately, damage to asbestos causes the release of fine fibres into the air which pose a health risk to building occupants and maintenance workers. The demolition and renovation of the building pose a much greater risk. Therefore, appropriate management and caution should be observed when handling asbestos.

ACS conducts a professional asbestos survey in Bury. We have a long-standing reputation in offering unparalleled services when it comes to handling asbestos. Asbestos fibres are invisible to the human eye and can unknowingly enter your respiratory tract. We specialise in ensuring your residence and workplace is safe. Our team is equipped with all the necessary tools to handle and manage asbestos. Contact ACS today and enjoy world-class services. Our services are not only unmatched but also affordable.

This must be the most efficient and helpful company I have ever dealt with. In the space of a few hours I had a quote and appointment for the asbestos inspection the next day. Ruth was courteous and super helpful throughout the whole procedure. Very impressed.