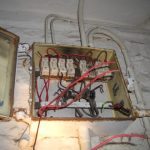 An asbestos survey in Redditch is the best way to ensure your home is not a health hazard. Asbestos was the wonder mineral of the 20th century. Its discovery coupled with the industrial revolution saw widespread use in different sectors. The mineral served as an important raw material in construction. Asbestos has unmatched thermal properties. Its thermal stability makes it a suitable material for construction. When used in buildings the heat resistance keeps the house warm during cold seasons and keeps the heat out during hot weather. The thermal properties also make it a suitable material for insulating boilers, furnaces and pipes. Moreover, asbestos is a poor conductor of electricity hence its use in covering electrical installations. Due to its numerous uses, asbestos was the most popular construction material through to the 70s

For residences in Redditch, an asbestos survey is important owing to the history of the use of the mineral. Speculations grew surrounding the health effects of asbestos after miners developed fatal respiratory illnesses. Research has revealed a causal relationship between the mineral and several lung pathologies including malignancy. Soon after, bans were imposed by several countries on particular uses of the mineral. The industry that suffered the greatest hit was the construction industry where most of the applications were outlawed. Unfortunately, buildings constructed prior to the ban remained occupied. To protect residents from the health risk of asbestos exposure, an asbestos survey became an important part of the health evaluation of living spaces. Minimal exposure to asbestos is enough to cause grave health problems. Unfortunately, asbestos fibres are too fine to be seen by the naked eye. They are often inhaled unknowingly once they are released from the source.

A professional asbestos survey in Redditch is a thorough process. The building is first cleared due to the risk of releasing asbestos fibres during the survey. At ACS, our team is highly trained and well equipped to not only handle but also dispose of asbestos safely. We ensure your house is clear of any wafting fibres and all installations are safe. Contact us today and make your house safe. Your health and safety matters to us