Asbestos Survey for Schools in Kensington and Chelsea 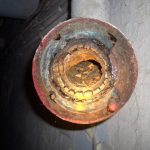 An asbestos survey for schools in Kensington and Chelsea is absolutely vital.  Most schools are older than 20 years and will have asbestos in them. Part of your job in running the school is to make sure that the pupils and staff are safe.  Prior to 1999 asbestos was widely used in all buildings.  It was cheap and very effective at insulating properties.  Unfortunately it is also very hazardous to the health of everyone occupying the building. More than 75 % of schools contain asbestos which could be a problem. All the staff at the school should be aware of where asbestos has been used to prevent the pupils accidentally damaging it and allowing the fibres to become airborne.

Health and safety is paramount for all education centres. In Kensington and Chelsea, asbestos surveys for schools are treated as especially important. There were many uses for asbestos in the school buildings and it can be found in lagging around boilers and pipes as well as insulation boards. These are more prone to become airborne than the fibres in cisterns or window sills. They all need to be recorded in case of an accident where the material may become damaged. Insulation board looks like plaster board and can be in the walls or ceilings. Floor tiles also contain asbestos and the fibres can be released if they become worn.

We conduct asbestos surveys for schools in Kensington and Chelsea.  Contact ACS today and arrange for one of our teams to give your school a thorough check and report on any asbestos that may be on the premises. All schools have to have a copy of the asbestos survey and register. This is will show where the asbestos is and what condition it is in. This is very important for the health of your child as once the fibres enter the lungs they cannot be removes and in sufficient quantity can cause irreparable damage to health.